What Is A Bug And How Does It Get Into Software?

As some of you may be aware (especially parents) today is National Bug Busting Day. The event aims to promote awareness of community hygiene specifically for children and schools. So why on earth is a training management software house interested in such an event? OK, it’s not the kind of bug busting that we usually face but we thought it was a good opportunity to explore the kind of software bugs that we deal with and how we aim to minimise their effects to provide the best service for our customers.

What is a software bug?

Simply stated, a software bug is a defect in a computer program or system. This probably sounds pretty straightforward but unfortunately, these bugs are sometimes not very easy to find or detect. Especially with complex software applications made up of millions of lines of code. Some bugs cause minimal harm and can go unnoticed until the following update, but others can have more serious effects. For example, minor bugs can cause errors in navigation, system design or timings. These are usually observable bugs that can be easy to find by software developers. However, major bugs can cause systems to crash, close unexpectedly or affect other applications. 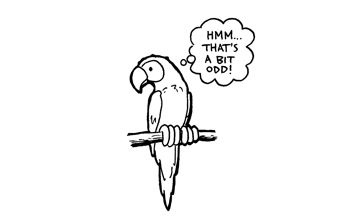 How can we prevent bugs from slipping through?

With this in mind, it is important to prevent any damage to the system or unnecessary aggravation for end users. Software developers have to continuously work hard to diminish these risks and eliminate any glitches. This process is sometimes called debugging and automated testing tools can help developers identify errors much faster.

Throughout the development process, the system is tested and re-tested using a variety of different techniques. These include:

However, even though we do all this bugs can still slip through testing as it would require developers and testers to assess all possible navigation routes and journeys that a user might take throughout the system. This could potentially be thousands of different ways which are known as edge cases. This would be extremely time-consuming and may cause delays in new features being added to the system. As we know, creepy crawly bugs are usually pretty good at camouflage tactics, and software bugs are no different!

What do we do when we find a bug?

Firstly, developers need to identify the fault to find out how to fix it. Developers might try to find detectable symptoms which usually indicate if a program is not behaving as expected. Some bugs show no symptoms so it can be difficult to identify these faults. Following this, they then need to find the line of code where the error occurs.

With large systems, bugs can be difficult to find as there are millions of lines of code within the same system. Unfortunately, it can be like trying to find a needle in a haystack. It is important to log any changes to ensure that all developers have a clear understanding of what has been altered and why.

Often, several developers have to check through the system and review it as a team before it is released. Sometimes when trying to fix software bugs, developers can unintentionally make things worse. This delays the process of fixing the bug and can force them to revert back to the previous update.

Once bugs are resolved the testing process is repeated to ensure that the bug has actually been eliminated from the system.

Here at accessplanit, our Technical team work tirelessly to ensure that any faults are addressed as soon as possible as well as always working on new ways to eliminate the risk of the bugs being released in the first place. It is almost impossible to get rid of all bugs entirely but we aim to ensure that they are faced head-on as quickly as possible.

To find out more about our training management software, why not watch this short explainer video which simply explains what our software does?

Other related articles include: 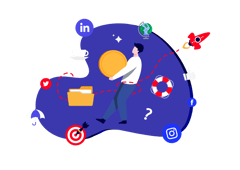 6 Reasons To Incorporate Mobile Into Your L&D Strategy

The Life Of A Customer Success Manager

Do I Need To Replace My Current Business Software?